OUR HOME PORT BETWEEN RHINE AND RUHR, DUISBURG AND DUSSELDORF.

It is not without reason that MES is so much attached to water. Our head office is in Duisburg, the city with the largest inland port of Europe, and near the regional capital of North Rhine-Westphalia Dusseldorf and the airport Dusseldorf. Duisburg is a major city located in the West of Germany where the Ruhr flows into the Rhine. Being a part of the metropolitan region Rhine-Ruhr with about 10 million inhabitants, the city offers many technological stimuli, diverse cultural influences and a variety of landscapes. As one of the centres of the former coal mining area called ”Ruhrpott“, Duisburg has set standards in terms of renaturation. In 2010, Duisburg was European Capital of Culture as part of the metropolitan area Ruhr. 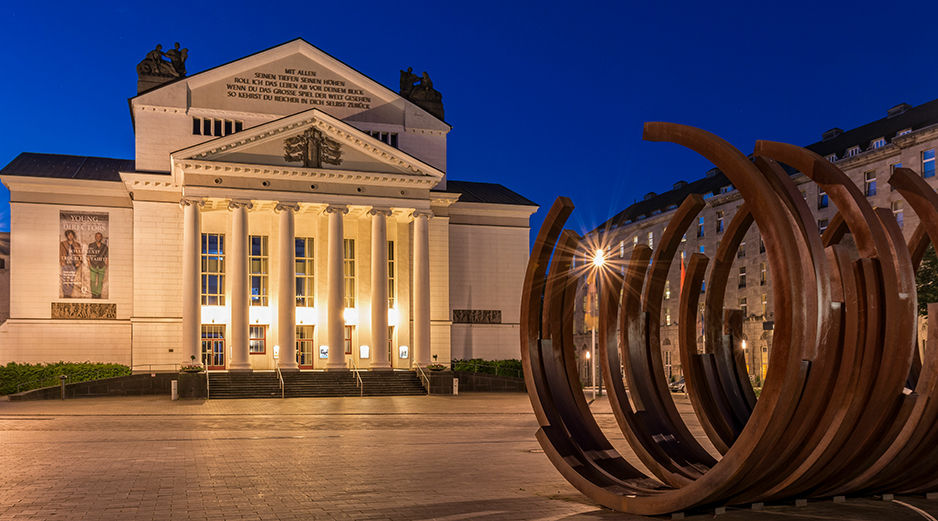 The cultural life is neglected neither. The Duisburg Theatre shows regular premieres of the German Opera on the Rhine as well as plays and ballets. The evening programme in Duisburg offers a large variety and leaves nothing to be desired.

The Ruhr flowing under the numerous bridges in Duisburg is a very special landmark. It not only shapes the image of the harbour quartier Ruhrort but is also an important inland waterway for the transport of goods. The Ruhr Sluice connecting the Ruhr to the Ruhr Shipping Canal and the Rhine-Herne-Canal is situated right in the centre of the local recreation area Ruhr Valley. 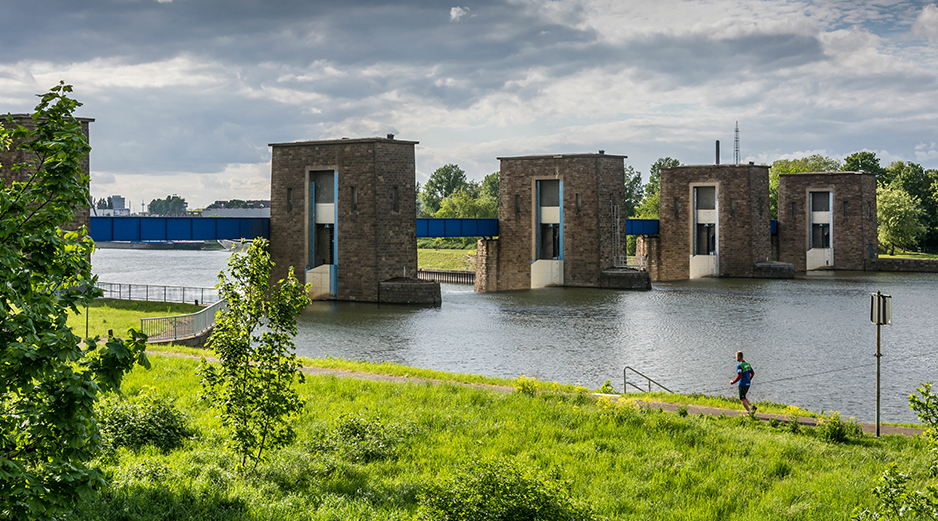 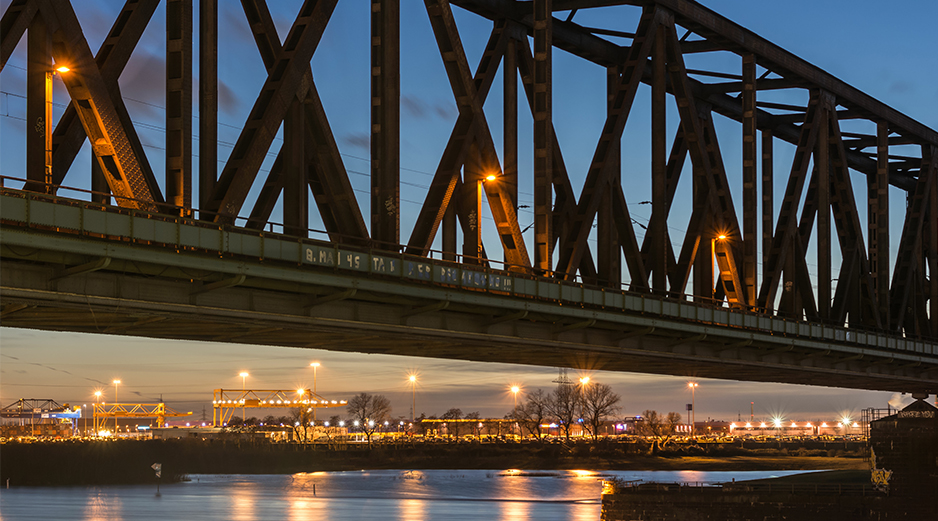 With its rivers, canals and countless lakes, Duisburg is one of the cities in Germany which are most abundant with water. All the water that surrounds the town leads in the world via one of the largest inland ports which makes Duisburg an essential logistics hub for Germany and Europe.

The inner harbour in Duisburg is a popular local destination. It is a top choice when it comes to leisure activities, good food and extraordinary architecture. Many different events during the year invite to stroll in the inner harbour. 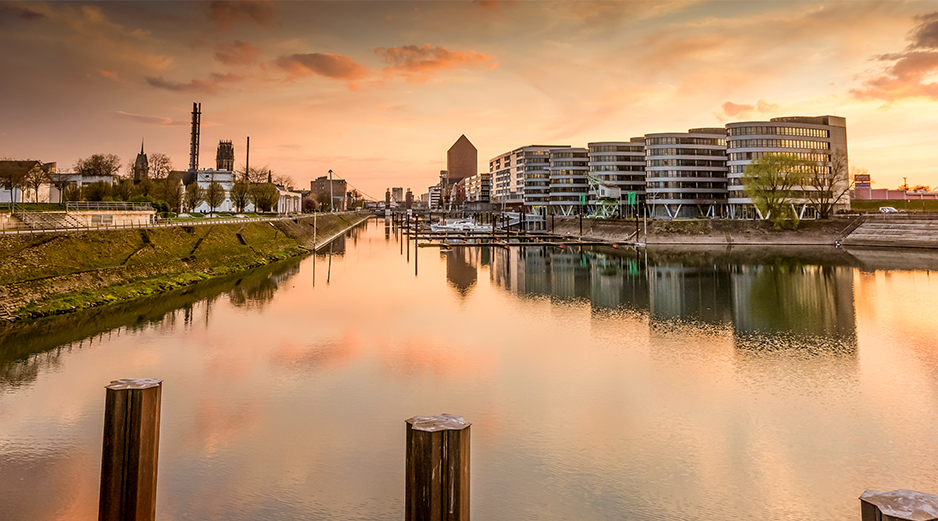 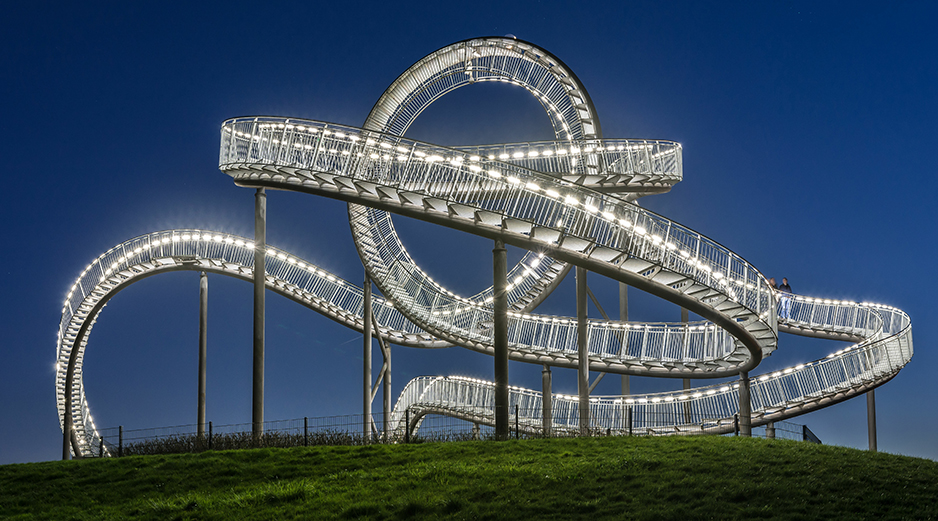 The former collieries in the Ruhr district are a very special highlight and magnet for visitors. Duisburg features the landscape park Duisburg-Nord, where you can find, next to ancient furnace towers, the installation Tiger & Turtle reminding of a rollercoaster. Especially in the dark, this accessible art object is a real eye catcher.